Even with just shy of half-a-season remaining, it seems increasingly unlikely that Doncaster Rovers will escape relegation from League One following yet another abject afternoon at the newly-named Eco-Power Stadium.

Fleetwood Town (who are hardly the strongest of teams in the division) dictated things from start to finish, demonstrated a confidence and assuredness, and were worthy winners. They set the early tempo which a sluggish Rovers never seemed capable of matching, they retained the ball much more cleanly, and eventually scored what turned out to be the only goal of the game just after half-time when debutant Ellis Harrison crept in unnoticed to poke the ball home at the near-post.

Thereafter, between some of the most blatant and prolonged 'time-wasting' antics that I've witnessed during the closing stages, Rovers never appeared as if they'd seize the initiative, put their opponents under intense pressure and build up a head of steam to get an equaliser. A couple of half-decent openings were conjured up - and long-time Fleetwood 'keeper Alex Cairns was required to pull off a decent save from Charlie Seaman in injury-time to protect his clean-sheet (and the lovely jubbly bonus that goes with it!) but on the whole, everything in Donny's final third seemed too forced, too disjointed and, at best, haphazard. Had they got an equaliser, it would have been a case of a point pinched rather than one hard-earned.

It wasn't a good performance. It was woeful at times with not enough creativity or movement in so many attacking areas and, coupled with last weekend's totally shambolic capitulation at Morecambe, the damage means the team are now rooted to the foot of the table, nine points adrift of safety (which is effectively 10 points given the wildly inferior goal difference), and in a grim position.

One bright spark amidst such a poor display was Charlie Seaman who came on for the final quarter-hour following a prolonged spell on the sidelines, seemed 'up for the battle' and posed a threat. If he can continue those traits in the upcoming games, it'll offer at least a slight glimmer of hope.

That aside, you'd be hard pushed to find any DRFC fan who can envisage survival right now because, although the transfer window is open with new signings soon to be made and 66 points left to play for, the simple question is where are those points coming from - on a consistent basis?

There might be the odd impressive result - the win over MK Dons earlier in the season being a prime example, but at some point a string of consistently good results will have to be put together and there's just no evidence to suggest things are about to magically change.

In my opinion, the club's best chance of staying up from this ominous position is to go out and 'spend aggressively' during this transfer window. Even if that happened, the arrivals would have to gel instantaneously and get the rub of the green during the majority of games, in order to bridge the gap. With pretty much every promotion-chasing team to face over the next month (certainly the next 10 fixtures are as hard as you'll get for League One), it feels already as if the gap will only become wider.

There 'blame game' means fingers are being pointed in all sorts of directions and, unsurprisingly, the vibe in the West Stand was absolutely toxic throughout this game with a section of loudmouths behind the home dugout heckling, abusing and seemingly taking great delight in telling Rovers' players and staff how crap they are! What that achieves exactly is mystifying to me - and I'll never understand the logic of those 'fans' who have such a mentality (and then hide behind the predictable 'I've paid my money, I'll say what I want' mentality when they get challenged).

The frustration is easy to understand but perhaps it should be reserved more for those in the boardroom who've contributed a great deal to this predicament with their numerous cost-cutting and poor decision-making in recent seasons. Nothing that's been said from the top has felt sincere up to now and what's undeniable to anyone is the divide between those at the club, the players and fans is as bad as it has ever been. Too many people are pulling in different directions!

One person who certainly isn't to blame for the 'here and now' mess is Gary McSheffrey - despite the fact that, ridiculously, some muppets were shouting for him to 'resign' or 'be sacked' at full-time. The squad he inherited when he took the job less than a fortnight ago isn't his fault, how he improves the team and shapes it in the long-term is his responsibility but it's early days for him right now as a manager.

Having seen his work up close with the youth team then I believe his philosophies and ideas will be well-received by first team players. He's well-respected both inside and outside the club, he speaks to people in the correct way (very much unlike his predecessor), and he was the right appointment for a long-term project, BUT, he needs proper financial support from the ownership to re-shape the squad to how he wants it - even if it's to build a team that can compete for promotion in League Two next season!

Some people have been critical of McSheffrey's 'lack of experience' but on the flip side, it has to be remembered that 'experience' doesn't always work. Just ask Simon Grayson (a veteran of over 700 games) who was sacked by Fleetwood, coincidentally, who've amazingly since gone from strength since under their 'inexperienced' caretaker-turned-manager Stephen Crainey!

Next up for Rovers is 'Game 25' against a Wigan Athletic team challenging for the title and who've scored in every league game so far this season. It feels ominous but, to end on a bright-yet-irrelevant note, 'Game 25' was where it all changed for a DRFC team rooted-to-the-bottom in 2008/09... 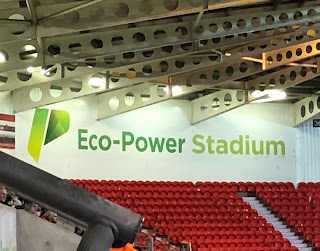 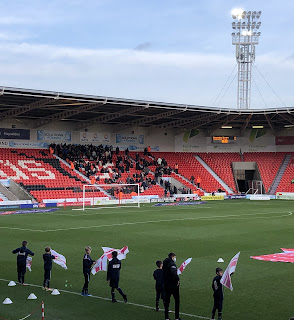 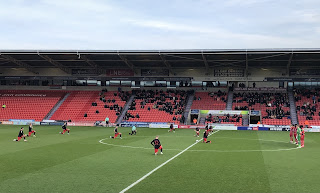 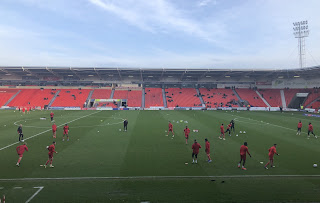 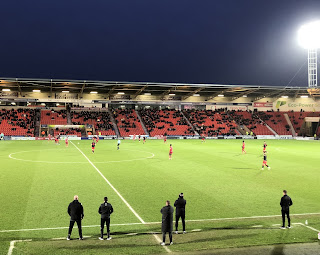 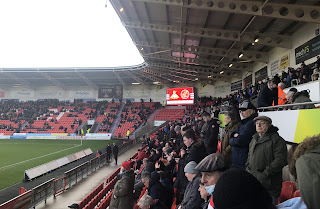 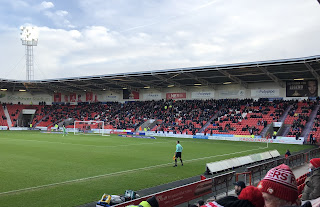 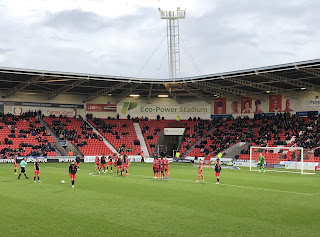 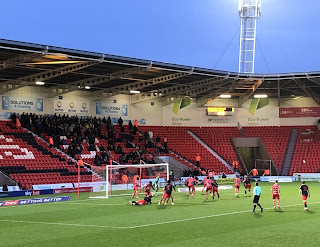