Thackley 3-2 Silsden
Northern Counties East League (Premier Division)
Saturday 17th September 2022
After the morning visit to Bradford City’s U18s game against Lincoln City, this Northern Counties East League (Premier Division) tie between Thackley and Silsden was the afternoon offering.
Both teams have experienced an average start to the season and went into the game in mid-table positions; Silsden four points and a few places higher than their opponents albeit having played a game more.
It was my first visit to Dennyfield and, aside from the fact it’s not the easiest of places to get to by public transport and is in the middle of woodland, it’s one of the most pleasant and developed grounds at NCEL level. You can easily tell it's well cared for. There’s a clubhouse just outside the ground, hard standing is on all four sides (a rarity for Step 5 grounds) and you can get ‘slightly’ elevated viewing positions from both sides of the pitch - including the Main Stand which has about four rows of benches.
There’s plenty of worse grounds in the Northern Premier League and promotion to Step 4 is ultimately something Thackley will want to achieve in the future. This win will have given them renewed hope that they can go on a decent unbeaten streak, fire themselves up a few places in the league table, and compete with those at the top.
In Aidan Chippendale (who  hasn’t lost that bit of talent since his days in Huddersfield’s academy with Matt Crooks, amongst others, over a decade ago) and Amir Berchill, who was previously at Nostell Miners Welfare, they’ve got two of the best players in the NCEL at this moment in time.
On a dry and heavy pitch which looked as if it could do with a cut, all five goals were scored in the first half before the second was much more scrappy and just a case of the hosts doing enough to keep their rivals at arms length.
Silsden initially started as brightly as their luminous shirts and took the lead inside three minutes as Luke Brooksbank laid the ball off for Brad Riley who slotted in a composed style past Luke Wilson to put them 1-0 up, but no sooner had the celebrations finished, Thackley hauled themselves back to level terms.
Frankie Sinfield’s corner into Chippendale led to a shot and there was some hesitant defending as the ball bounced around inside the penalty area before it was eventually smashed home by Kris Hargreaves. An unlikely source, indeed, for an equaliser considering he was wearing the No.3 shirt, but it was still 1-1.
Thackley’s Ryan Basi was then yellow carded for a heavy tackle on a Silsden player and his afternoon soon went from bad to worse as he found himself at fault for the game’s third goal on 24 minutes. Under no pressure at all, he needlessly swung a boot at the ball as it came over the top (when the sensible option was to just leave it altogether) and it fell straight to an unmarked Brooksbank who replied to the open invitation by firing a low drive straight into the bottom corner.
Nevertheless, the Dennyboys quickly regrouped and, after hitting the woodwork, two goals scored within a five-minute spell ensured they were ahead at half-time.
Aydemir underlined his potential at this level by claiming the equaliser; although the manner of it was slightly fortuitous as a deflection took his effort beyond the ‘keeper after he’d cut inside from the flank, before Tom Greaves exposed some major frailties in Silsden’s defence when he caught them sleeping after a long set-piece and guided the ball home.
Between those goals, Thackley threatened to bag what would have been an incredible goal as Sinfield momentarily morphed into the 1998 version of Michael Owen; beating five players as ran from the halfway line into the box, but his eventual shot was blocked and the danger (for once by Silsden) was cleared.
Thackley’s Steven Crawford also had the ball in the net at 3-2 - only to be denied by the offside flag and, with Silsden threatening to capitulate a bit, Crawford linked up with Aydemir a minute or so before the interval, but the latter wasn’t able to test visiting ‘keeper Sam Kelly with his effort.
During the half-time break, plenty of conversations inside the ground centred on what the scoreline might end up, yet what unfolded after the re-start was miles more ‘tetchy’ than the previous 45 minutes with not too many chances.
Silsden’s front players seemed to forget the art of staying onside; Josimar Bradshaw being particularly guilty of this, and the visitors were forced to protect one of their own when right-back Harry Parsons clattered Sinfield (for which he was booked), committed another blatant foul a minute later and was eventually subbed off before he was sent-off.
Thackley didn’t always look convincing at the back which ensured a few nerves and they couldn’t get a fourth goal to make it easier for themselves. Chippendale (who looked a class above anything else on the pitch with his touch and anticipation) went closest with a curling free-kick which went narrowly over on 66 minutes, but really that was as close as anyone got to scoring again.
As both teams made substitutions in the latter stages, the visitors couldn’t be faulted for their endeavour but their quality was always lacking. They did force a save from Wilson after a speculative shot from distance and they did get the ball to wide areas on more than a few occasions but the danger was always dealt with.
Four minutes of stoppage time were played but no equaliser materialised as Thackley held on for a win which moves them back into the top half of the NCEL (Premier Division) - just one place and one point behind their West Yorkshire counterparts. 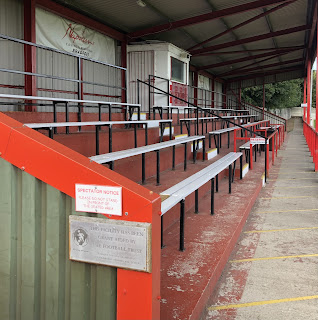 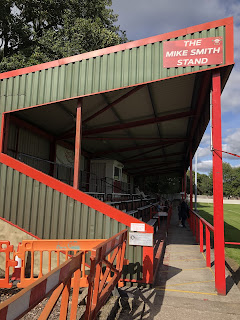 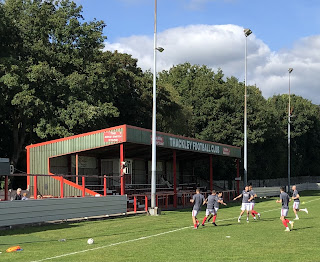 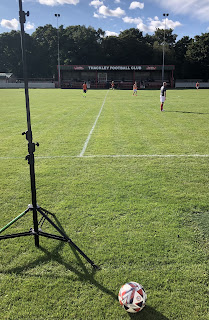 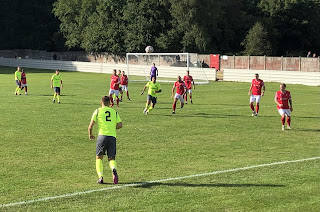 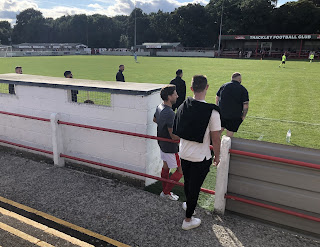 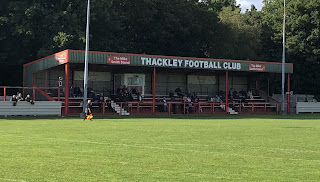 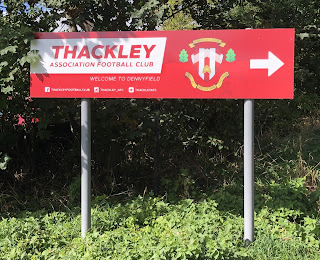 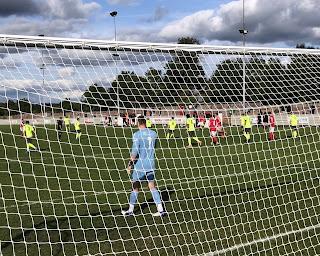 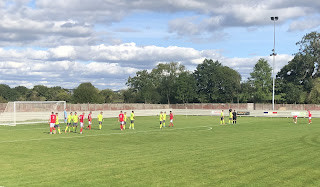 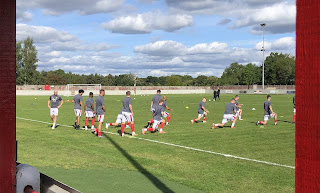 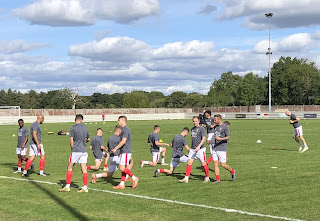 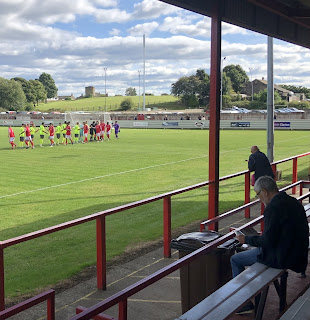 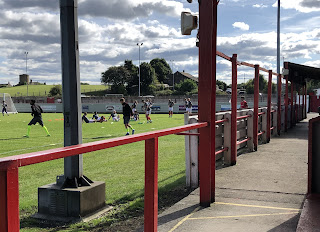 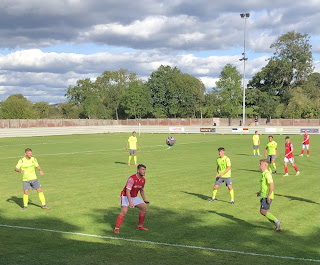 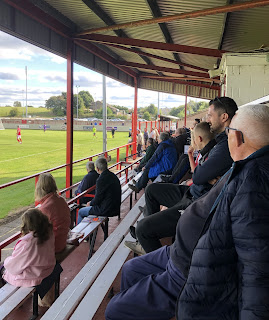 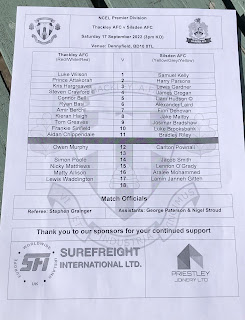 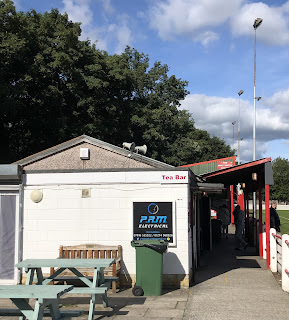 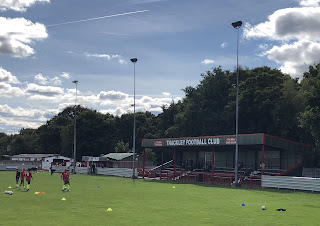 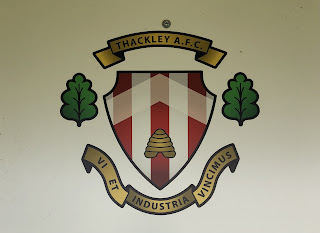 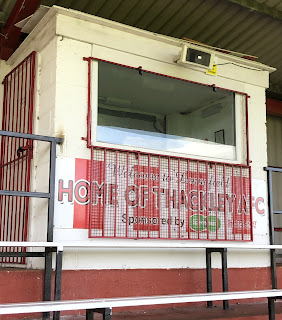 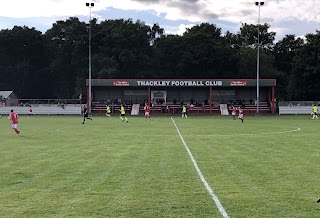 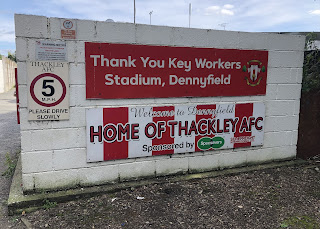 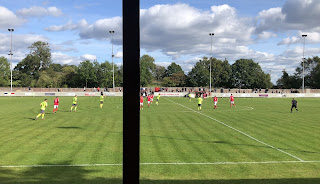 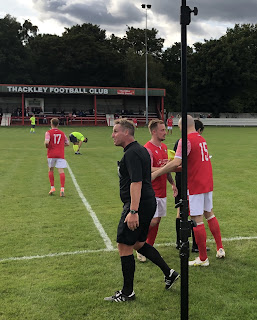